Reading to write – back to Basics

“ I don’t know exactly where ideas come from, but when I’m working well ideas just appear. I’ve heard other people say similar things – so it’s one of the ways I know there’s help and guidance out there. It’s just a matter of our figuring out how to receive the ideas or information that are waiting to be heard.” ― Jim Henson

Jim Henson was of course the genius behind the Muppets. But his thoughts on ideas being mysteriously  ‘out there’ and ‘waiting to be heard’ by those ‘working well’ are echoed by many poets (Alice Oswald articulates the idea in this recent interview). In my own practice I have often found that the poem I wish to keep will arrive on the tail of another poem I have been struggling to write. It is about being receptive, to have all the creative muscles warmed up and ready to receive whatever it is, from wherever that may be.  And surely part of this ‘working well’ , for a poet, is to be reading well. I’ve been wondering lately, if my ability to ‘receive’ has been impaired by wading in the stream of internet communication.

It is seven years since a poem I had written first appeared in print. At the time I was not on Facebook or Twitter, and I had no smart-phone or tablet. I used the internet sparingly and when I did it was predominantly to research poetry magazines or to look up poets. I was still working days, nights and weekends as a nurse in a coronary care unit and had little time for anything else. At some point in the preceding five or six years, on a visit to the local bookshop with my baby son, I discovered contemporary poetry. As well as my role in the team at the hospital, I was a full-time dad and sole carer to my son for two days a week. So my first ‘serious’ attempts at writing poems had to fit around nursing, building towers with bricks, pushing a swing in an empty windswept park, changing nappies, spooning mush and so-on.

Two years on from that first poem publication in the Rialto magazine and a few publications later, I won a competition and had a pamphlet published as part of the prize. A year after that my first full collection appeared. Gradually I caught up with social media developments. I joined Facebook and was befriended by and friended hundreds of poets, many of whom I had never met. I learnt  not to be drawn into debates or arguments where misunderstandings were likely to occur. One comment on a thread might lead to countless updates that filled my e-mail inbox as people joined the conversation.  I subscribed to blogs and newsletters, found my inbox clogged, and unsubscribed. I became aware of research that highlighted the dopamine rush that occurs when people ‘like’ your posts. I enjoyed the feeling of connection to an online ‘community’. I shared my news and triumphs and was moved by heartfelt responses. I highlighted causes I thought important, vented anger over political events in an environment where I soon realised that my views were unlikely to be challenged since the majority of my online friends were involved in the delivery of state education and healthcare. I gradually became aware that just logging on to see what was happening could take me to news stories that might potentially distract and detract from writing or reading anything of real quality.

Despite my increased internet use, I continued to write and send work for publication. I’ve been told I am a prolific writer, and am pleased that a second collection is due out in a couple of months. Recently I began to question the value of time spent on the internet and particularly its impact on my writing output. After all, I started to write poems, to send them out and be published, without any ‘connections’.  I learnt by reading. I wrote by writing. I didn’t have the means, nor the need, to share any achievements and had not developed a Pavlovian dopamine release response to ‘likes’ and kind comments.  Not that I’m knocking the value of receiving generous and unsolicited praise and support which has buoyed me on many occasions.  Nor am I suggesting that a total cold turkey long-term withdrawal from social media, or from the internet in general, would suit me.  I’m not entirely sure that I have the will or the willpower. 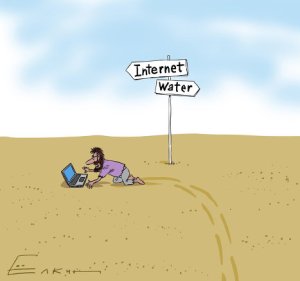 Social media can serve various positive functions in facilitating contact and sharing information. It can be a place where writers can express themselves and receive support and encouragement.  However, apart from proving to be a distraction in benign ways, one aspect of social media is the potential to lead users to make unhealthy comparisons with those who are ‘doing well’ – winning prizes, being published, reading at festivals, delivering workshops etc. In the inevitable lull between the next publication or reading, it easy for anyone, even someone who is doing relatively well (and I include myself in this category) to feel that the poetry world is one non-stop party from which they are excluded, a party full of interlocking acquaintances and friends, all of whom are enjoying more ‘success’ than them. Despite having thought carefully and written about ‘success‘ in poetry , I am not immune to such pitfalls.

Poetry is a slow art. Reading poetry requires undivided attention. It is a means of communicating that is probably the antithesis of the super-fast communication highways that now infiltrate most people’s waking lives.

I feel very positive about certain aspects of my internet engagement. I enjoy writing this blog and find it useful and hope it is useful to others. Among its other functions, it is a place where I can clarify thoughts such as these. And of course even ‘idle’ browsing of the Internet can reveal thought provoking articles or information that can enhance writing.   Generally I think it is good to connect and engage via the Internet. As long as this doesn’t become a major time consuming preoccupation.

I began this piece by recollecting how I started out writing poems; by reading them, and by working away when I could, without distraction.  Somewhere, I forget where, I read that anyone thinking of writing poems should read all the poetry books on their shelf before starting to write. I am aware that I don’t read nearly enough, and that several collections I’ve bought of late have not received sufficient attention or thought.
So I’ll start there.

Here is a simple poem by Wendell Berry, with a simple message.

How to Be a Poet

Make a place to sit down.

Sit down. Be quiet.

You must depend upon

to eternity. Any readers

stay away from screens.

Stay away from anything

that obscures the place it is in.

There are no unsacred places;

there are only sacred places

Accept what comes from silence.

Make the best you can of it.

Of the little words that come

prayed back to the one who prays,

make a poem that does not disturb

the silence from which it came.

From the Poetry Foundation