The private and public art

I’ve been putting my new book together. This provides the best distraction from world events and involves opening a word document and pasting poems in the order I wish them to appear. I’ve had an idea of running order for a while. Yesterday I was tempted to radically revise this order, to put one ‘successful’ poem after another- poems I like that have attracted favourable comment, won or been placed in competitions or been placed in good magazines. I don’t want to give the impression that I am not happy with all the work- I am. It was just a question of ‘front loading’ the collection with the most striking pieces (although the idea of ‘most striking’ is of course in itself subjective.)
When I mentioned this idea to my twelve-year-old son he said that that would be like making cookies in which some had all the chocolate chips and some had none. He suggested that the chocolate chips should be distributed throughout the cookie mixture, not concentrated in a few. With this metaphor in mind, I reverted to my previous sequence with the intension of making the book read evenly, hopefully providing an equal sprinkling of the poetic equivalent of chocolate chips throughout.

The oldest poem in this collection was written before the last book came out, the most recent perhaps found its current shape this afternoon.
I have a publication date. March 2017. This has made the business of finding a title and cover image more pressing. I’m fortunate that, after a week of thinking I had nothing that would fit,  a title seems to have arrived and with it an idea of an image for the cover. Below are three covers I’ve mocked up from on-line design websites. The actual cover  will feature original artwork, but these images are intended to give an artist designing the cover an idea as to what I would like.
One of the working titles for the collection was ‘Trace’ and was accompanied by an image of a fossil. 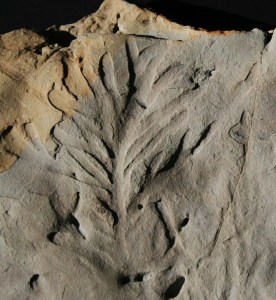 My next title idea was ‘Arterial’ since there is a sequence of poems about my time as a coronary care nurse in the collection.

When the title changed from ‘Arterial’ (above) to ‘The Great Animator’ (below) I realised I needed a more animated image than the static tree. I do love the image above, so have asked an artist friend to try to create a hybrid incorporating, if they can,
the style of the first and the sense of movement from the second image. 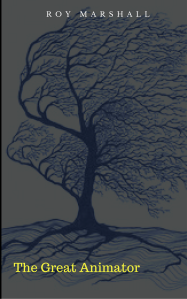 As far as the poems themselves are concerned I’m fortunate that my editor John Lucas has provided some light notes, suggested amendments and points to consider. However, this guidance aside, putting a book of poems together, in my experience, is a strange solitary business involving selecting and ordering poems, making amendments, going back and forth across revisions and rewriting or reinstating previous versions of poems.

With this in mind it was very important for me to get out of the office and hear poetry spoken to an audience. In a time of rapid political change it seems coming together with ‘like’ minds is in itself a political act. It is great to connect with others and to see how poetry responds and reflects social change.

Sarah Howe and Tom Pickard were reading at the launch of the latest New Walk magazine in Leicester this week. I am familiar with Sarah’s work having reviewed her incredible collection ‘Loop of Jade ‘ for The Compass magazine.  Ezra Pound said that poetry is news that stays news, and Sarah Howe’s subtle and intelligent take on power and its misuse certainly has a timeless quality. She also read some more recent work, written during her recent spell as a lecturer in the United States.

I had only read one poem by Tom Pickard before meeting him and hearing him read. Tom’s easy and unaffected way with a listening audience was a joy to experience. Tom writes the sort of poetry that can appeal to any kind of audience, from the academic to the casual listener. I know he has been invited to read in many universities in Europe, the USA and UK. I imagine he could walk into a pub anywhere and read his poems without seeming out-of-place. His work, which incorporates ballads, short, punchy pieces and longer sequences, traverses forms and genres whilst remaining resolutely his own. Tom read a selection of poems that were by turns funny, erotic, political and deeply concerned with landscape in the most vivid experiential sense.  Tom’s poems are certainly accomplished and affecting on the page. However. it is hard to convey how much his reading brought to the work, and it was a timely reminder of the power of poetry as a collective public experience.