Poem from a print

Here is a poem inspired by a woodblock print by the Japense artist Hiroshige.

It’s called  Shower over Shin-Ōhashi bridge and it was published in 1857 as part of the series One Hundred Famous Views of Edo.

The Wikipedia entry for this print states that

‘sudden showers are a recurring theme in ukiyo-e works and here in what Hiroshige calls “white rain”  depicted using a large number of thin dark parallel lines in 2 directions – a difficult skill in woodblock printing.[At the top of the print are dark clouds from which the rain emanates, these are produced using a bokashi technique, another difficult printing technique, and vary significantly between prints. Other bokashi areas seen in some prints are the water around the bridge and the bridge’s roadway. The rain, sheltering people and log raft at the centre of the image give the image a sense of movement. 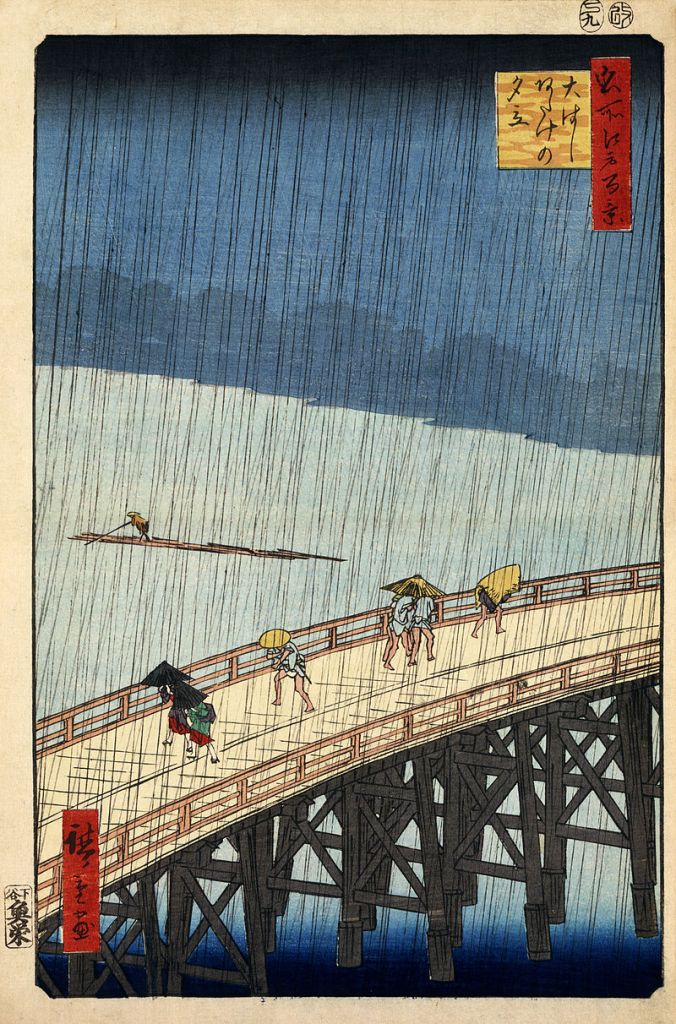 The voice of the thunder god
rolls from roiling clouds, ripening
plum to damson.

Hats and parasols are drenched, bare flesh
stung by rain that falls so hard
each drop seems an admonishment.

downstream: as if the storm
isn’t happening: as if he knows
this visitation won’t last long,

neither waiting for its passing
nor hurrying: back bent,
arms outstretched, moving on.