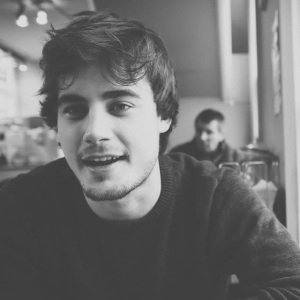 Siegfried Baber was born in Barnstaple, Devon in 1989. Since graduating from Bath Spa University with a degree in Creative Writing, he lives and works in the city as a freelance writer, and as a barman in Bath’s finest pub, The Star Inn. His work has featured in various publications including Under the Radar, The Interpreter’s House, Butcher’s Dog Magazine and as part of the Bath Literature Festival.

I was lucky enough to catch Siegfried at a reading in Lewes which featured Martin Malone, Helen Fletcher and Peter Kenny (whose work I was pleased to share in my last post,) where he had stepped in at very short notice to fill in for a poet who had been unable to attend.  You can read more about that evening and the new and the very lovely pamphlets available from Telltale Press here. 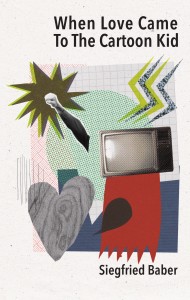 Siegfried read from his new pamphlet, ‘When Love Came To The Cartoon Kid’ , which I can highly recommend, along with Peter Kenny’s ‘The Nightwork’ and Robin Houghton’s ‘The Great Vowel Shift’. All three are available from Telltale Press here.

I was impressed both by the quality of his work and by Siegfried’s assured delivery. After reading the pamphlet, I asked Sieg for the three poems bellow. For those who are a bit slow on the uptake, as I was on first reading, LHO is Lee Harvey Oswald, and there is another poem featuring Oswald entitled ‘Three Shots’ which bookends the pamphlet.  I’d buy the pamphlet on the strength of his poem ‘Rabbit’ alone, which includes detail of skinning the said creature during Siegfried’s childhood on his father’s farm, and features the unforgettable lines ‘ After yanking it free from those overalls of brown fur,/ I was faced, for the first time,/ with that compact machinery of muscle/ spread out cold on yesterday’s paper.’
Between the two Oswald poems you will find a wide variety of subjects are covered in sure-footed and surprising poems from a young poet whose
work  we will surely be seeing much more of in the very near future.

Instead of some rifle, superimposed,
you hold a prism of light in your hands –
this glittering bottle of Coca-Cola,
now obliterated by sunshine, pressed
ice-cold against your forehead.
On the street below, the President’s
motorcade crawls harmlessly out of view.
The Sun is the yawn of a great cat.
Fifty years from now, you doubt
anyone will remember this afternoon
or the rainbows you cast on the wall.

Gabriel, stuck in the middle,
dressed to the nines
in his white linen suit,
trim, slim, glowing
and showing-off
his angelic smile;

then poor Joseph,
demanding a DNA test,
slouched in shorts
and sandals, fingers
shot through with splinters,
wine-stains on his vest.

And in the audience, everywhere,
is God rolling a fag,
wearing a baseball cap,
head back and laughing.

The tattoo on his neck:
World’s Best Dad.

Fear of reading the Post-It note on my desk
and your handwriting, strong, cool and clear.

Fear of this half-empty flat, swallowed by space,
with missing chairs, no television, and the cutlery

left hugging itself in the drawer. Or worse,
months from now, fear of finding your books

lost between mine. That favourite dress
clinging to my clothes like gossamer.