Where can I send my poems? Part 1.

This post has nothing at all to do with the process of writing or with enjoying writing.

But, regardless of whether you enjoy submitting to magazines or not, if you want to get your work published, you will need, at some point, to try and learn and understand as much as you can about the process. And you will need to become organised and methodical if you want to increase your chances of publication.
A few years ago I started to send my work out to magazines.
I was somewhat anxious.

I wondered if the magazines I was considering sending to were too good for my work. Or maybe there weren’t good enough.  Maybe I was being a fool in thinking anyone would print my stuff?

I got hold of some poetry magazines and sent poems to the ones I liked the look of.

Over the next five years I must have submitted to over sixty different  magazines of varying quality and with vastly different circulation numbers. (You can see a list of some of them on the ‘About’ page of this site if you are interested.)  The more I experienced the undulating ride of acceptance and rejection, (I sometimes think we should these something less pejorative – ‘returns’ perhaps?) the more comfortable I became with the process.  At first, rejection was a jolting pot hole. And I would become airborne at every hump-backed acceptance.

But these undulations became less acute and the ride got a little smoother.

I received some rejections for what I considered to be my best work, and acceptances of poems I thought weren’t  particularly good.  Sometimes my first submission was accepted and was followed by a succession of rejections from the same magazine. Sometimes I persisted after repeated rejections. On other occasions, I decided to submit elsewhere and stop bothering that particular editor with poems that obviously (for whatever reason) weren’t for them.

During this period some lovely magazines that took my work sadly ceased to exist ( like Smiths Knoll and The Shop)  while others came into being. Once or twice I must have come close to having work taken by magazines I’d love to tick off my list, because the editors took time to write a few encouraging words or ask me to send them more work.
I’m not sure I realized that they meant what they said and so I didn’t always follow up their suggestion. But there is still time.

Many people will tell you nothing comes close to your first poetry acceptance.

It’s true in my case. But every offer to publish is still something to celebrate.

I’ve been thinking about submissions from the other side of the process, and thought it might be useful to look behind the mirror – to think about The Editor, the person who has taken on the task of sifting through hundreds or thousands of poetry submissions. 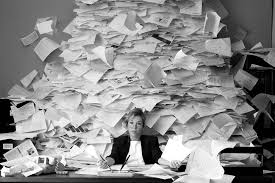 This is the person who hopes to find something new, something beautiful that they can share with their subscribers.  This is the person who is committed to giving their readership the best selection of poems they can muster. In the case of all but the largest magazines, they don’t do this for money or for reflected glory. Their greatest wish is for your poem to arrive complete, developed, revised and (if at all possible) stunning. That is all. There is nothing else they want. And yes, of course this is all about the subjective appreciation of art. But when it comes to the rejection of your poem, it’s not personal.

I mention this because I’ve often heard people use the phrase ‘They rejected me.’ I may have even used it myself. I’m sure you don’t need me to tell you this; you are not your work. If your work is returned (and there may be many reasons for this – I’ve written about before on the Poetry submissions page of this blog.) I know it’s only a phrase, but it is important to remember that the editor is not rejecting you. Nor are they rejecting your entire body of work, possibly forever. Developing belief in your work takes time. Confidence in your ability fluctuates.

Ok, it’s not the best feeling in the world to have your work sent back.
And it’s hard to get a perspective on the situation.

But your returned work is just one in a batch of a maybe a few hundred poems the editor wasn’t able to publish this time.

Imagine this. The editor comes home from work.  She/he kisses the dog, strokes their partner, feeds the kids, puts the bins out, then sits down to read some of the 147 poems that have recently arrived.  The editor opens a submission and likes the first line, only to feel disappointed at the next. There are four spelling mistakes and a grammatical error. The title of the next poem, ‘To Autumn’ does not inspire with its originality. The next poem is nearly there; if only the last three lines weren’t. Promising, but it could do with a re-write; shame. The editor yearns for something to surprise them, to delight them, something to sweep them up and away so that they forget the desk, the rain-rivuleted window, their aching back, even the pile of submissions.  But it isn’t happening tonight. This funny poem isn’t really funny. The editor goes to put the kids to bed. The editor returns refreshed, or possibly more tired, only to open a poem typed in a weird font. The sender has not read the submission guidelines.  The next has an interesting image of a crane (the bird) on a crane (the mechanical lifting device). The poem starts well but unfortunately breaks into unconvincing rhyme towards the end. You get the picture. 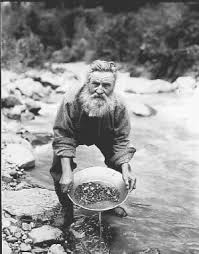 The editor is dedicated. So they have another coffee and go back to work. At last they find some good pieces which are set aside to be re-read. Or perhaps to bring to the editorial table where they will discuss and argue over the merits and deficiencies of the work until agreements (and possibly compromises) are reached.  When the stack of poems has been sifted and considered and carefully re-considered and the best work selected, it’s time to contact contributors, to make sure the poems are available, to request and collect biographies for contributors notes, to assemble  pdfs, letters and e-mails, to put the magazine in order, to write an editorial, to set  layout and send proofs, to arrange printing, publicity and dispatch and possibly a launch night. And here come the next batch of submissions. How can you help the editor in their quest to find work that is appropriate for their magazine? How can you help them support your work?  Where do you start?